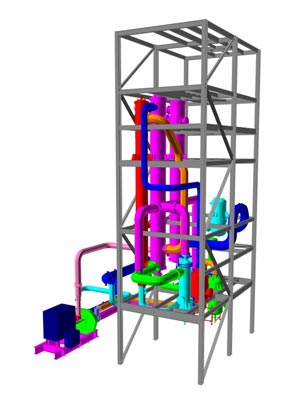 In many industrial processes, solvents are released in combination with non-condensable gases. Condensation is used to recover these solvents but low, nearly cryogenic temperatures, are sometimes necessary to achieve high recovery efficiencies. The Brayton Cycle technology patented by the 3M company and licensed to NUCON provides temperatures near the freezing point of many industrial solvents such as methanol, acetone ethanol and tetrahydrofuran.

A food processing company installed a manufacturing plant to produce an organic compound that exhibited the properties of cooking oil.  In that process a large stream of nitrogen (20,000 scfm)was generated containing methanol.  It was important to condense and save the methanol and recycle the purified nitrogen.  Many processes were evaluated and the direct cycle BRAYSORB® process was chosen

When Hungary became part of the European union, their industries came under more strict emission standards than historical levels.  One case was a large refinery in Budapest that released a large amount of a variety of volatile organic compounds from their tank car filling operations.  NUCON designed, built and installed a BRAYCYCLE® system to recover and salvage these  petroleum products including gasoline, diesel, hexane, benzene and many others.

Recovery of solvents at or near their freezing points are also possible. 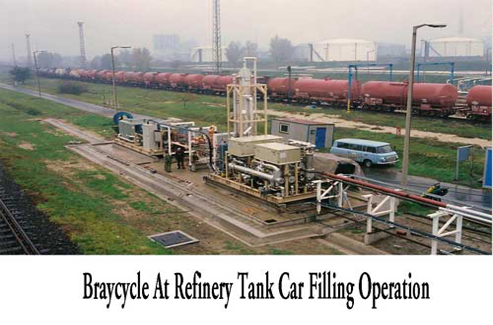